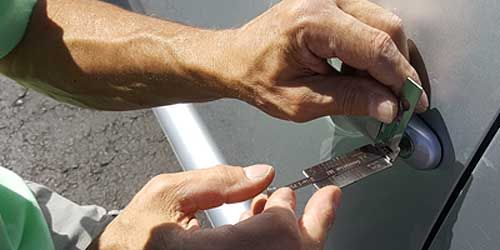 Used on vehicles: LEXUS, TOYOTA.
These locks have five plate positions, and three levels of threading depth. The cutting depth levels are numbered: 1, 3 и 5. The first level of cutting (Plate #1) is the deepest, the third level of cutting (Plate #5) is the shallowest. The plates in these locks are divided, each into two half-secrets, each of which works on its own half of the key. Therefore, we divide the lock into “A” and “B” sides for ease of opening and decoding.

The process of opening these locks is in two stages: